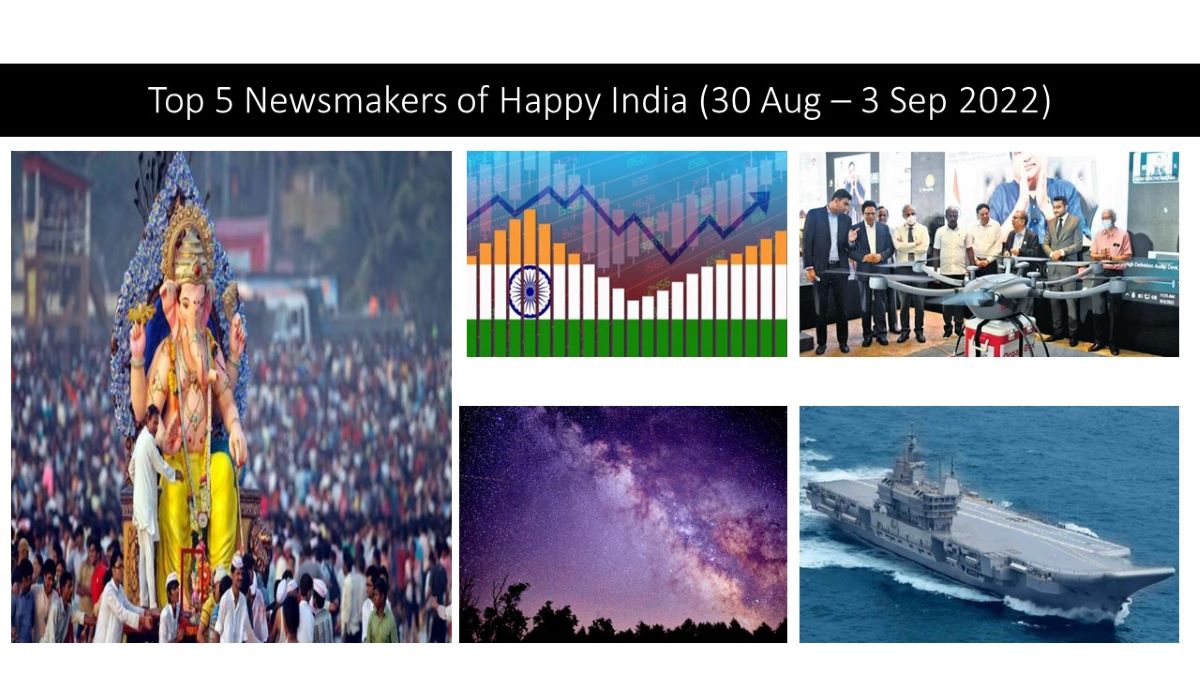 Happy India; an initiative from solveyourpuzzles.com; brings to you 5 positive news which happened in India during the week.

Ganesh Chaturthi celebrations begins from 31st Aug: Ganesh Chaturthi is a 10-day festival that celebrates the birth of Lord Ganesha. This year the celebrations began on 31st Aug. It shall go on till 9th Sept, the day on which Ganesh Visarjan shall finally take place. Ganeshotsav is being celebrated with great zeal by people across India as well as by Indians staying abroad.

India is now world’s fifth largest economy: As per recent international rankings, Indian economy is now the fifth biggest economy in the world. US, China, Japan and Germany are the other four countries who occupy the first four positions in the international ranking. While the global economies continue to fight their battles against inflation and slow growth, a 7% growth forecast for the Indian economy this year is a very strong and positive indicator of its resilience and upside potential.

First drone prototype for organ transport was unveiled in India this week: Union Minister for Road Transport and Highways Mr. Nitin Gadkari unveiled India’s first drone prototype for organ transportation in Chennai on 3rd Sept 2022. The use of drones for moving the harvested organs from airport to hospital is aimed at revolutionizing the last-mile transportation and saving very precious time which is a must need while doing such transplants.